Not 'into' professional games.

But, I did have the super bowl on tv last night. Not sure why. Maybe because everyone else said they'd be watching.

Even though I was playing solitary on my tablet while the game was going on, I would pause and see what the commercials were all about. Some of them so mundane, some downright stupid.

But, the one 'Re-United States of America' really got me. We so need this preached to us at this difficult time of our history. So, Jeep Trucks. You had the best commercial for the Super Bowl night.

However, Jeep did not get good reviews for their efforts. Some said it was too 'over the top'.
Was I not paying attention?
Perhaps one part of my brain was on the commercial, one on my game of solitaire.

Oh, and by the way, Congrats to Tampa Bay for the big win.

Posted by Latane Barton at 7:35 AM

Email ThisBlogThis!Share to TwitterShare to FacebookShare to Pinterest
Labels: Being Smart 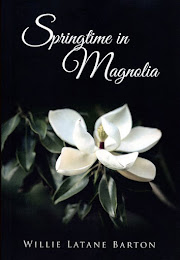