Stay tuned for The Next Hair-Brained Idea.

Well, now that I am over my little hissy fit, I'll move on to bigger and brighter things. 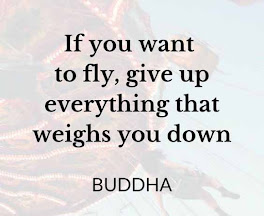 For those whom have known me for awhile, you know that I am not a very consistent person. I want to try it all so it makes me wear many hats, many faces.
I think that is probably why my blog never had a lot of followers.
People may have a hard time figuring me out.
I get these hair-brain ideas and I go in that direction and then along comes another hair-brain idea and I am off in another direction.
At least, I hope I keep things interesting.

Email ThisBlogThis!Share to TwitterShare to FacebookShare to Pinterest
Labels: My Strengths, Thoughts

Mad As An Old Wet Hen!

Okay, girls, I need a friend's shoulder to cry on this morning. Maybe more than one.

And, anyone who is willing to listen to me bitch.

You see, I went to the dentist last Thursday and came out of that office mad, confused and upset. You see, I have been losing teeth at a faster rate than anyone would want. I have a lot of 'empty' space on the right side of my mouth and then I had three teeth pulled on the left side. One of those I had a post put in.

So, I asked my dentist (who is a man of very few words) what my options were to fill in the one space that was noticeable when I talked. You might say it was more cosmetic than medical. 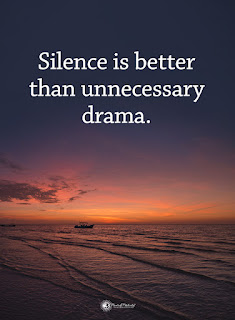 If that dentist hadn't been so silent, he would not get that unwanted drama he's about to get from me.

The receptionist was to email me the options. I never got them. Then, I am informed that my insurance has okayed a bridge (which was how I was leaning) so I started asking what did putting a bridge in, entail.  All I got was "we'll prep the two adjoining teeth and then cement in a permanent replacement." End of explanation. I should have pushed. I wish I had.

So, last Thursday I went in for the "prep". Figured an impression was in store. But, when the impression was made, here the dentist comes with a big needle and proceeds to give me 4 big, ole shots. What the dickens is going on. 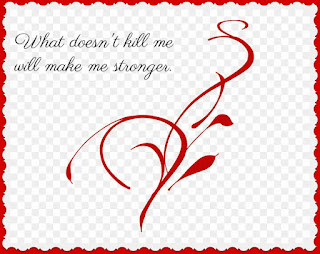 To make a long story short, after the dentist had grounded down two perfectly good teeth so he could attach my 'bridge' to them, I came out of there mad as an old wet hen!! Mad at him for not explaining things to me and even madder at myself for not pushing for answers.

So, the reason for this post. Don't even think about saying the word bridge to me ever again! And, I would highly recommend you think long and hard about such a procedure if you have the need to 'fill a space' in your mouth.

Thanks for listening. I feel better now. You all are such sweet friends!!

Blast From The Past - Snowed In

There's absolutely nothing going on... well, at least nothing newsworthy.

Since there is no news, I will go into my memory bank and share a story with you.

Back in 1986 my daughter Susan asked me to accompany her to Paris. She needed to model there for awhile so she could get new European photos for her model portfolio. We flew in to Brussels, Belgium (flights were dirt cheap if we did it that way) and continued on to Paris via train. 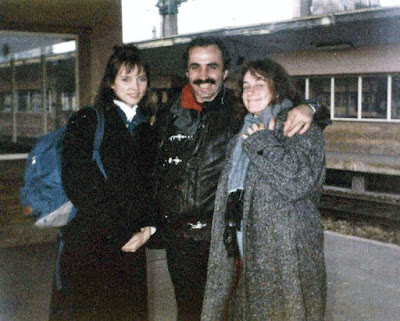 Susan with two French friends we got to know on the plane.
They were so helpful to us.

We girls had done a ton of sightseeing for a week and it was time for me to leave her there.  She was 23, never been to Europe before and didn't speak French. But, I knew that's what she wanted so I had to trust that she would be alright.

We went to the train station and I got settled in my seat on the train to Brussels. I waved goodbye to her as the train pulled out of the station. So, now, I am alone and not speaking the language!! I, however, made the trip just fine. I got to the airport after dark, knowing that my flight wasn't until morning.  So, a night in the airport. I can do this!

I settled into a seat in the terminal, the airport of course was pretty empty, placed my bag in the seat next to me, crammed my purse behind my back to protect my money, laid my head over on the bag and went to sleep. Sometime during the night I woke up, looked out the big glass windows and saw huge snow flakes coming down ninety to nothing. So, I went back to sleep. 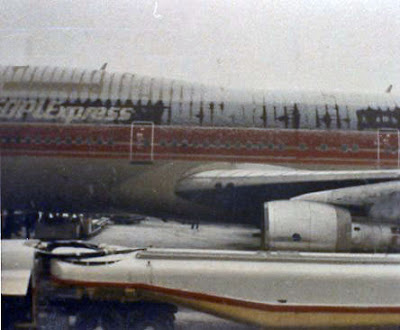 my icy plane sitting on the tarmac in Brussels Belgium.

Yep, you guessed it. Flights were cancelled. I spent the entire day waiting until we could board and head home. Finally the plane left, sometime around 8 p.m. if I remember correctly. By now it has been nearing 30 hours since I had left Paris.

I got to Newark, N.J. airport only to discover that, of course, I'd missed my flight  home. Nothing to do but wait once again.

And, wouldn't you know it..... it started snowing in N. J. Must have been a record year for snow all over the globe!!  A real snowglobe. hehe. So, I settled in once more. But, this time, I was dead tired, I needed a hot bath and my toothbrush but I had to wait and wait. Around 7 p.m. they de-iced the plane, boarded us and we slip and slid down the runway and took off into the darkness.

When I finally got home in Alabama, after my hot bath, I called Susan. She had been petrified that she had put me on the wrong train. After all, she had not heard a word from me for about 48 hours and this was before cell phones! She thought she'd sent her Mama to Siberia or some other awful place. We both were thrilled that I was safe and sound, having survived two snow storms, crossing the Atlantic, long delays in the airport.

But, man, it was worth it. What a trip and one the both of us will never forget.

I had such hopes for 2022 to be the time of renewal, of things getting back to normal, of happy times.

Sadly to say, my granddaughter's mother-in-law, Emma, passed away Sunday due to Covid. So, we have been dealing with that. I'd only known her 3 years but found her to be a delightful, lovely lady whom I enjoyed being with. She'll be missed, that's for sure.

And, Lordy, is this Covid ever gonna get gone? Now they are recommending that you wear only the N95 or a surgical mask to protect you against the new strain of the virus. And, I hate those things! But, I'll do it to protect myself. I hope you will, too.

I stay inside most of the time. But, this Friday I am going to put on that mask and go downstairs to check out our newly remodeled community room. It's been a long time since we residents have all been together and that concerns me. I will be careful and keep my distance. I hear the room is really unbelievable, a wall torn out, new kitchen, new flooring, the works. I can't wait to see it.

It definately has turned cold. And, this week I have had to be out in it. Brrrr.   I had a filling fall out of one of my teeth so I had to have that replaced. Went out to get my long, stringy hair cut yesterday. Today I go back to the dentist. He's fitting me for a bridge to fill a gaping hole where I had a tooth pulled.

No, this year hasn't started out on a good swing.  So, here's great hopes for 2022 to turn itself around!

# 88 has left the station. It's going strong, gonna make some exciting stops along the way and remain full steam ahead until it gets to where it's going. 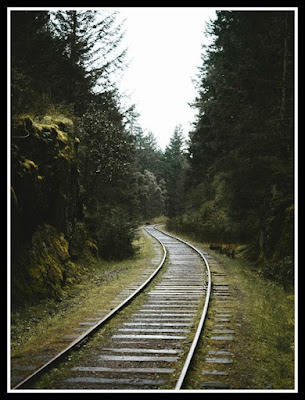 Yep, yesterday was my 88th birthday. I am so proud of my years. Some women don't want their age known and would never tell, but me.... I tell everybody, strangers even. ha ha. Isn't that a dorky thing to do.!!

It was a very quiet day. I never saw a single soul all day but I did have lots of birthday wishes on social media and calls from friends and family.

I think Shirley felt odd about the fact that I was alone but she had taken me for a celebratory lunch the day before. I told her 'listen, these birthdays are overrated. I don't need to have a special day to celebrate 'cause I celebrate every single day'. And, isn't that the truth, if anyone my age is still kicking up their heels it's a blessing. 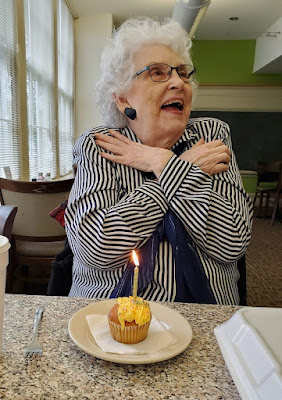 Besides, it's cold out there and I am so chicken about getting out in the cold. I bet my poor car is wishing I would use it. It's been so long since I went anywhere in it I wonder if it will even crank!

A bit of update on the sick folks:

Everyone in my daughter's family is over covid. The grandson-in-law's mother is on a ventilator now and is struggling. It's gonna be a long haul and we don't know the outcome. And, I got a call from my sister (well, her granddaughter made the call and held the phone up to her ear) and the first words out of her mouth to me was 'I love your white hair'. 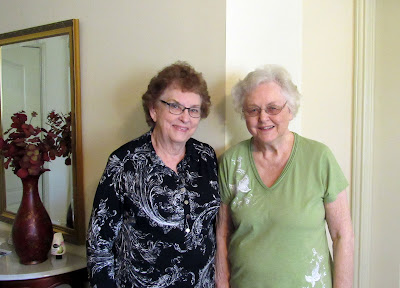 There's a story behind that. She never colored her hair so she has been gray a long time. But, she had not seen a picture of me after I let mine go gray so when her granddaughter showed her a picture of me, Sis thought it was one of her. Then, she was so excited that I had finally look like her now!! Gray hair and all.

Did you make a New Years resolution?

We (Michael and me) did drive up to Wakefield to join Shirley, John and Chris for our New Years Good Luck Lunch.

The rest of them ordered the delicious barbeque. 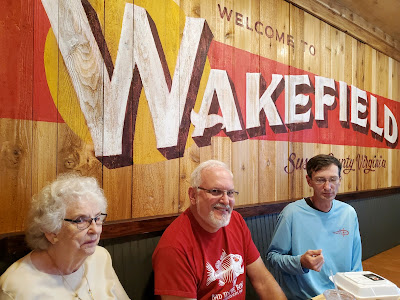 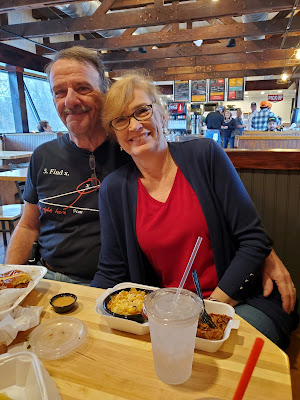 Me, I was taking no chances!! I stuck with the southern tradition of eating black-eyed peas and collard greens on New Years Day that is supposed to bring good luck and prosperity for the coming year. Let's see if it works 'cause I sure ate my share that day. 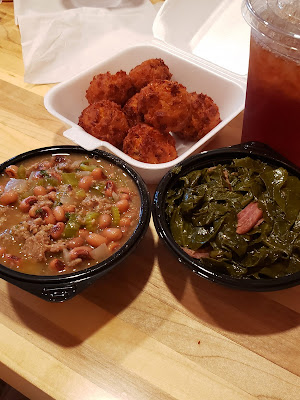 An update from my last post...
The Covid is gone from my daughter's family. Thank the Lord for that one!
My sister is out of ICU and may get to go back to rehab in a few days. Thank the Lord for that!
And, grandson-in-law's mother was intubated to take over her breathing so her lungs could rest. She had pneumonia in both lungs as well as the Covid. Last news is that they are having to give her less oxygen now and hopefully in a few days she can go back to breathing on her own. However, the road ahead of her is still long and arduous.
thanks for the prayers!