I Love Cats - Part of the Time!

I was just thinking about cats this morning. I've always loved cats but I chose not to have one in this apartment. Sort of miss the purr as they cuddle next to your chest, the rubbing against your leg, the meow when they get hungry. But, I do not miss the early morning alarm clock that they think they are.... at 4 in the morning!!
I had a cat that I dearly loved when I was small. I named her Noddy because, as a kitten, her little head kept bobbing up and down. I had that cat for years ... and then we moved to town. I took my cat with me.
And, she hated town living! So, she took off one day to head back 'home' and I never saw her again.
We had several cats when we lived on the farm after Elbert retired. All outdoor ones. They kept the mice at bay! 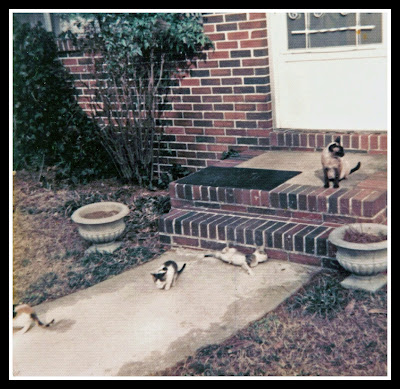 Then we moved to town.
I had 4 different cats while we lived there. I loved two of them.
The other two came from hell!! 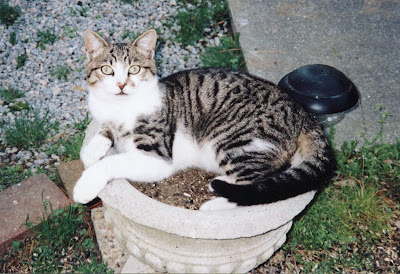 One was a scratcher! If she did not have my full attention, she'd claw my arms to shreds. It got so bad I gave her to a farmer so she could claw the cows! 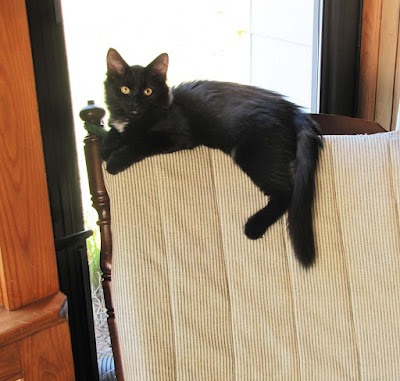 The other one was a peer. She knew what she was doing, too. She had a box to go in but she'd instead jump up in the middle of my bed, or on the couch. Turn to look at me and squat and pee. Like she's saying, 'Take that you b.....'
So she soon found another home.
Oh, where was I? Oh yes, I started out to tell you about a friends big old tom cat.
I forget it's name. Gee, that was over 60 years ago.
Anyway, Dick had brought that big old tom cat from his home on the east coast, all the way to San Diego, California. That cat went where Dick went.
Dick and his wife were poor as church mice. All young sailors were so that meant that me and my husband were in the same category. Elbert and I were thrilled when Dick invited us to ride up to Los Angeles with he and wifey. And, the tom cat.
That thing must have weighed fifty pounds. Elbert and I are sitting in the back seat trying to enjoy the scenery and here's this tom cat jumping from front seat to back seat, over and over... the whole trip. I was covered in cat hair and can you imagine having your legs pounded by that heavy cat every time he landed in your lap. That was a trip  we should have skipped. But, we were young and having fun and that cat was just old and getting feebleminded. You had to cut him some slack there! 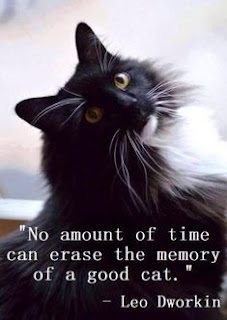 Posted by Latane Barton at 9:22 AM