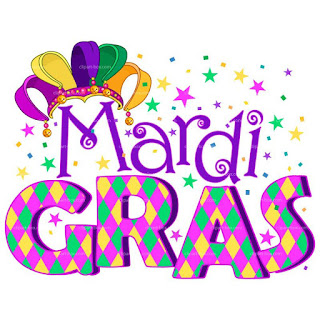 Eat lots of food, sing and dance in the streets, wear our Mardi Gras beads.

Did you bake a cake with a baby inside?

No, not a real baby. A tiny plastic one and whomever gets that piece of cake with the baby in it ... I think they get a prize or the cake or something. I've never even had Mardi Gras cake!

Did you know that Mardi Gras is French for Fat Tuesday?
It's the last night that you supposedly can eat all the fatty food you wish before you fast for Lent.

I don't fast for Lent so that doesn't work for me.
I did have a huge juicy Whopper and Fries yesterday for lunch.
Does that count?

Here's a wee bit of history.

I'm from Alabama originally and I knew that Mobile has a Mardi Gras celebration and was the first to celebrate Mardi Gras.
New Orleans is the place you think of, though, isn't it?

On March 2, 1699, French-Canadian explorer Jean Baptiste Le Moyne Sieur de Bienville arrived at a plot of ground 60 miles directly south of New Orleans, and named it "Pointe du Mardi Gras" when his men realized it was the eve of the festive holiday. Bienville also established "Fort Louis de la Louisiane" (which is now Mobile) in 1702. In 1703, the tiny settlement of Fort Louis de la Mobile celebrated America's very first Mardi Gras.
How about that!

With Google you can learn something new every day... or every minute if you don't have anything else to do.

Email ThisBlogThis!Share to TwitterShare to FacebookShare to Pinterest
Labels: Being Smart, Fun, Holidays 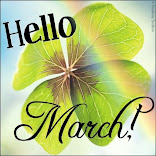 Latane Barton
I am 86 years young, going on 40. I love life and all it has to offer. I am widowed, have 4 children, 7 grandchildren and 6 greatgrands. I hope you will visit often so that we may share these 'golden' years. Age doesn't matter, it's what's in the heart that does. 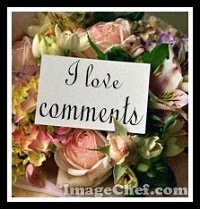